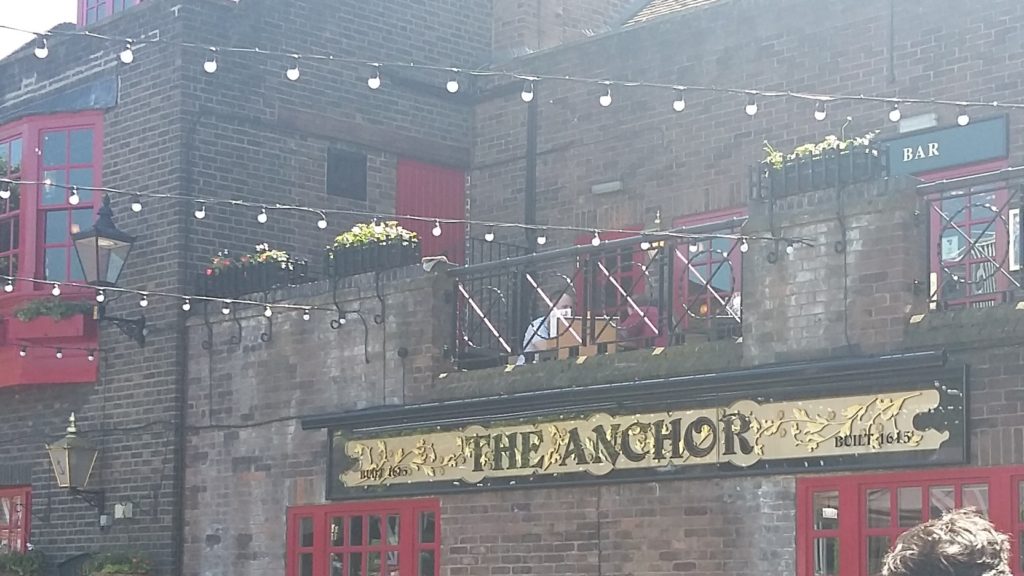 Yesterday was a glorious day for walking by the river, and almost the whole section was completely new to me – I’ve been to Greenwich before, but otherwise I had never really been anywhere east of Tower Bridge. I had a bit of a wander in Borough Market for old times’ sake and to collect some more pub names, and gave a nod to The HMS Belfast and The Vault, a bar under Tower Bridge that we’ve spent many a Friday evening in. Then my exploration proper started.

It was kind of odd walking through reclaimed and gentrified East London when everything I knew of it was set in the past. Numerous books (and my obsession with Call The Midwife) had given me a picture of the area which I knew was no longer the true one, but still kept swimming around my consciousness.

“In spite of myself, I shivered. Still, my guide plodded on, turning and twisting through mean streets and byways, until at last he stopped at a dilapidated house and knocked four times on the door.” (from The Big Four, 1927)

The East End has had a bit of a grim reputation, which still lingers, but it’s easy to forget all about it if you stick by the river where miles of apartment buildings line both sides. About half seem to be converted warehouses, or newer buildings designed to blend with that facade, and the rest are gleaming glass like the riverside apartments around Chelsea and Wandsworth.

“A mist hung over the river, deepening the red glare of the fires that burnt upon the small craft moored off the different wharfs, and rendering darker and more indistinct the murky buildings on the banks. The old smoke-stained storehouses on either side rose heavy and dull from the dense mass of roofs and gables, and frowned sternly upon water too black to reflect even their lumbering shapes.” (From Oliver Twist, 1837-39) 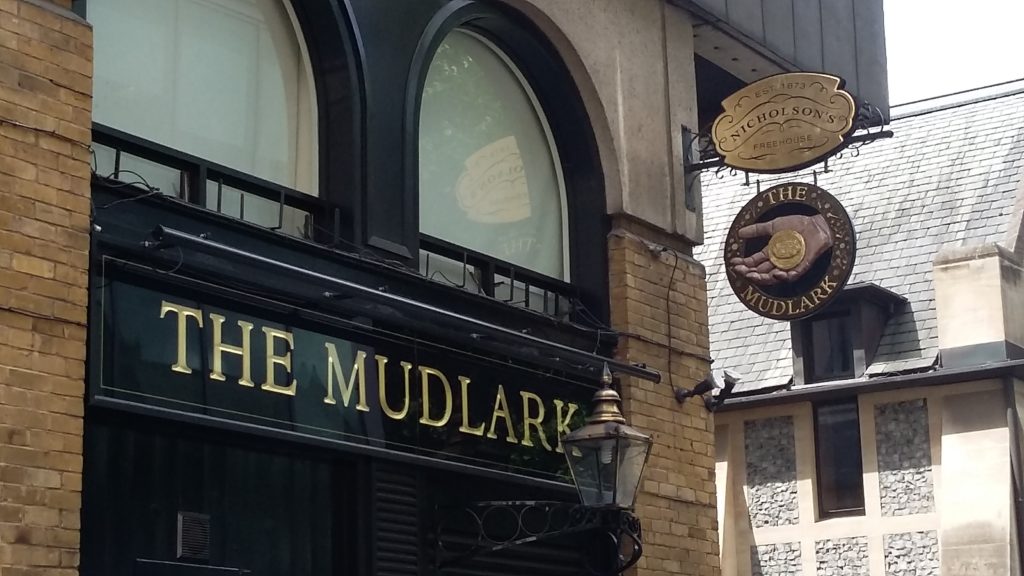 It was very quiet, very clean, there were a lot of signs reminding me that it was a residential area and I should be quiet, and there were a lot of tall gates that get closed at dusk (anti-climb paint). There were no cafes or pubs as there are on the riverside upstream. It wasn’t unfriendly, but I didn’t feel encouraged to linger either. I did wonder where all the people who lived in these apartments shopped and socialised, perhaps they invite people over.

The main roads tend to run parallel with the river, behind what would have once been rows of warehouses, and now behind the rows of apartment buildings. In gated areas I was following the roads which had the odd cafe and real estate agents’ on them, but still no signs of commercial life. At one point though, I detoured via Limehouse station, with a rather pressing need for a comfort break, and found the high street. I still don’t know where the people in all those very expensive apartments shop, but I did find that – just as in south west London – the riverside glamour doesn’t extend very far back from the riverside. 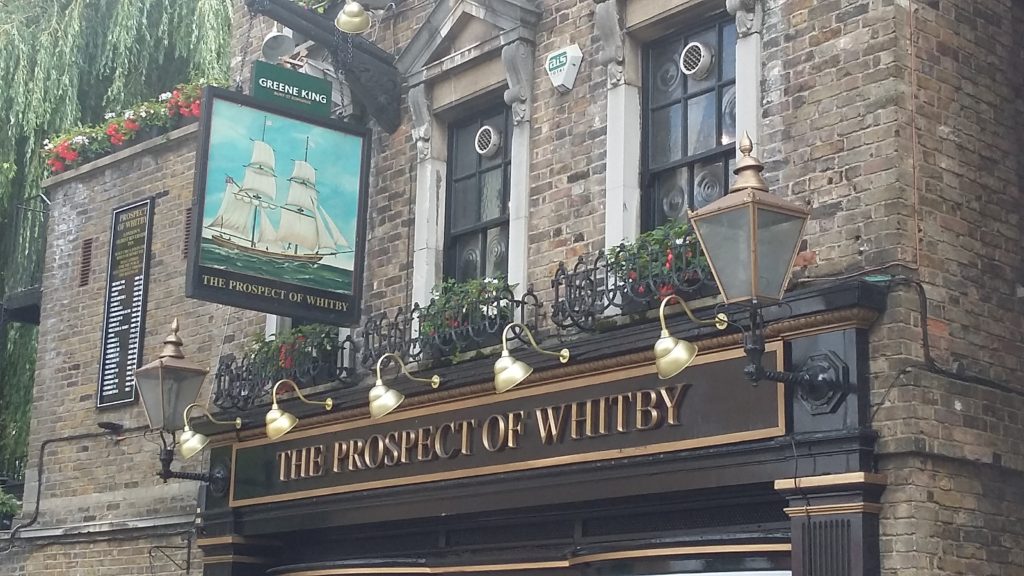 When I started reading about the Thames I decided straight away that its thousands of years of history was a rabbit hole I didn’t intend to go down. Immersing oneself (sorry) in a topic for three months is great, but if I left the present time it would be a mountain that could occupy me for the rest of my life. Of course, as always, things turn out just as I expect them to. I’ve always been interested in historical fiction, and I have a reasonable interest, not as much as a passion (although it’s growing), in Victorian speculative fiction, and the weird curiosity of the Victorians in general (on that, let me recommend The Lie Tree to you). When someone mentioned steampunk and I started looking into the term, I discovered that I have always enjoyed that as well – mostly I’ve experienced it in films rather than books though.

It wasn’t a very big leap at all to find myself planning a story set in Victorian times. I was worried at first about research, and accuracy, and how much time I might spend getting everything ‘right’ for just one story, but the idea wouldn’t go away, so eventually I gave in. And, expectations shattered once more, it wasn’t that bad. I found I didn’t need to know everything, and many of things I did need to know I already knew from decades of relevant reading. I figured out the time I wanted to set the story – based on a reference to the Great Exhibition in 1851, and went from there. I had a lot of fun writing it and feel like I’ve broken through some kind of barrier – one that allows me to write about a time that I’m not familiar with. And yes, it’s just possible that there’s a near-future story waving its little hand at me now. 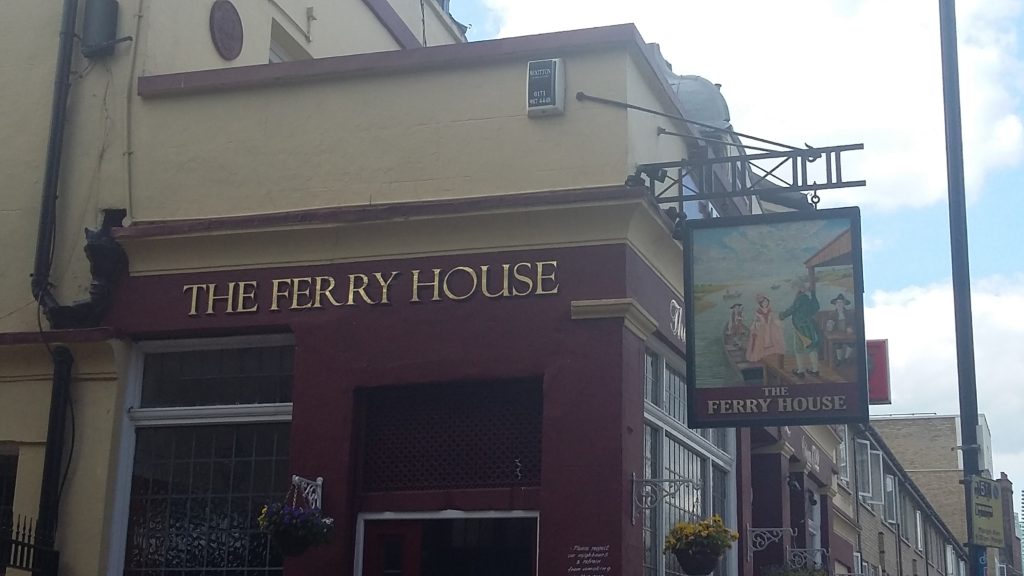 Stage five stats
Weather: Lovely and sunny, 24 degrees
Distance: 8.5 miles including large amounts of wandering about
Stops: Borough Market, Tower Bridge, St Katherine Dock, foreshore at Wapping Stairs, Limehouse Basin, Canary Wharf, Greenwich Pier
Highlights: The Prospect of Whitby claims to be the oldest pub on the river, but then so does the Anchor. Maybe they’re only counting their own side. Limehouse Basin with its lovely narrowboats, the Greenwich foot tunnel – walking under the river, how cool is that.