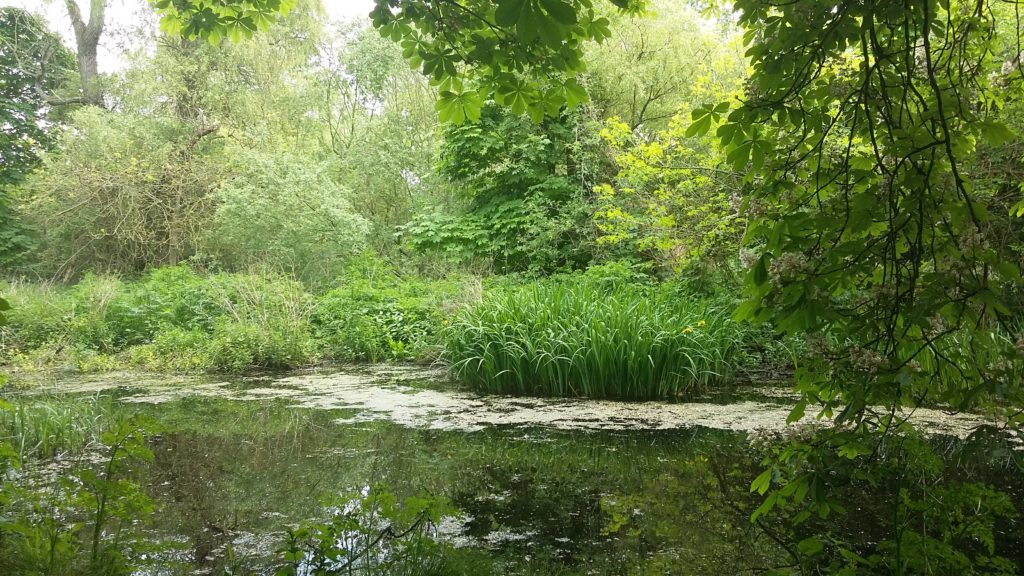 Old Deer Park, Kew Gardens, Syon Park, Mortlake Cemetery, Dukes Meadows… Most of my walk yesterday took me alongside parks and woodland, and it would have been easy to imagine myself deep in the country. I worked a bit on trees, and can now confidently identify Horse Chestnut and London Plane, still can’t tell the difference between beech and birch. I could already do ducks, swans and herons but have added coots to my list and what I think might be a grebe. I’m not sure how useful any of this information will be, but then – I never do know that. I just keep on collecting all the random bits and pieces and hope that one day, when I’m writing “Emma sat on a bench, shredding the note into tiny pieces, while what she thought might be a grebe swam closer and closer in circles, almost as if it also didn’t care whether she was there or not.” nobody will send me emails saying ‘actually, grebes aren’t usually found on that part of the Thames until the autumn.’

I’ve been writing stories, and I’m finding the process similar in some ways to writing poetry, but in other ways different enough that I don’t quite feel like the same writer. I had thought that the stories might be quite similar language and style to my poems, but so far that hasn’t been the case. Probably, this is because it’s still so new. I have only written three, so I could hardly claim to be anywhere near finding a ‘voice’ yet. But I suppose I thought they might just be prose versions of my poems, sort of.

I’ve been using a structure technique my friend Justine told me about which is explained here and has been really helpful. Most of my work gets done in my head, there’s normally up to five poems swimming around in there and nowadays usually a couple of stories as well. I bought a yellow notepad and when an idea seems solid I write it down in three sentences, spaced down the page, then draw lines to form three columns. Every few days I flick through what’s there (currently four) and add any new bits and pieces in the columns. When it all seems full, and I’m pretty sure what I’m saying, I sit at the computer to write it up. That’s where things have got really interesting (‘interesting’ in quotes). It’s essentially the same method I use with poems  – the idea goes at the top of a new page in my notebook, I might add some thoughts over time, maybe a first/second draft, and eventually I sit down and write it. The typing up stage is usually very short as I am pretty much there. Typing up a story is not short. Not. I can’t believe how long it takes to put on the page something that exists in my head in what feels like the space of about five seconds.

Another recommendation, this time from my friend Tania (go read everything she ever wrote, she’s brilliant), was Ron Carlson Writes a Story. In it, he stresses the importance of sticking with the story when it gets tough, literally staying in your seat. I decided that it sounded like good advice so I began my story-writing sessions with that mindset, and it was fine for the first two which were pretty straightforward and finished in a single writing session. This week’s story got away from me though and I had a really hard time with it. I had a good solid plan, and my nine little boxes were all full, I knew how the story would go, but when I sat down to type it up it felt like I was getting nowhere near the middle, much less the end. When I had one thousand words on the page already, and I wasn’t even at the midpoint, I was ready to cry, because I’d failed the arbitrary line I’d drawn for myself in the sand. I’d been writing for nearly two hours and didn’t know if I could finish.

My big problem was that I have an idea in my head about how long my stories are going to be – short short, less than one thousand words – and I’m starting to suspect that you can’t just make a story any length you want. A story is the size it is. I am almost wholly inexperienced and I can’t tell the difference, looking at my nine boxes, between something I’ll tell in six hundred words and something that will be three thousand. I did get up and walk away in the end, feeling horrible, but I’d also written myself to a slightly better point in the story, and I thought I could come back to it. I went and bought a coffee and sat in the park for a while. After lunch I sat down again and wrote the other thousand words for the second half. Carlson calls it simply ‘not stopping’ and in a way, I did succeed in that. I got to the end of the story, even though I came so close to throwing the whole thing in the bin, and in the end I felt prouder of that than the times it’s been easier. 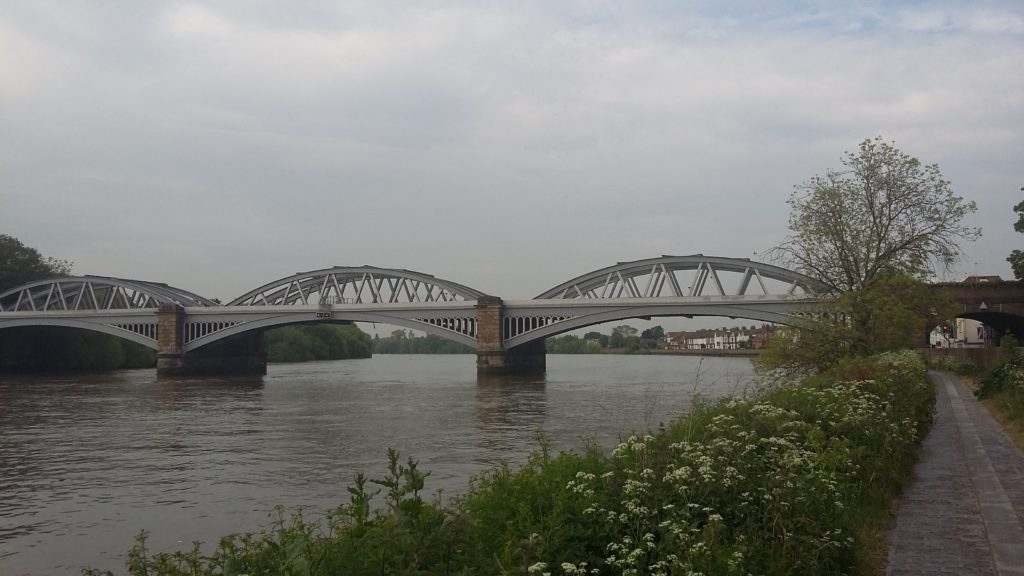 Stage two stats
Weather: horribly muggy, occasional sun, heavy rain for about half an hour
Distance: 6 miles along the river, 1 mile extra wandering
Stops: Richmond Lock, every time I saw a bird, Tideway Scullers rowing club to chat to Izzy, The Ship pub to wait for the tide to clear the path
Highlights: a cold glass of wine, a dance studio underneath a bridge, a ceramics studio right by the river, Mary in her allotment garden, two mad ducklings and one very obedient one