I didn’t read as much as usual in February, but what I did read was mostly excellent so it didn’t matter that I didn’t have many on the list to choose from! I’m about halfway through several books at the moment, so I feel like I already have a good start on March. 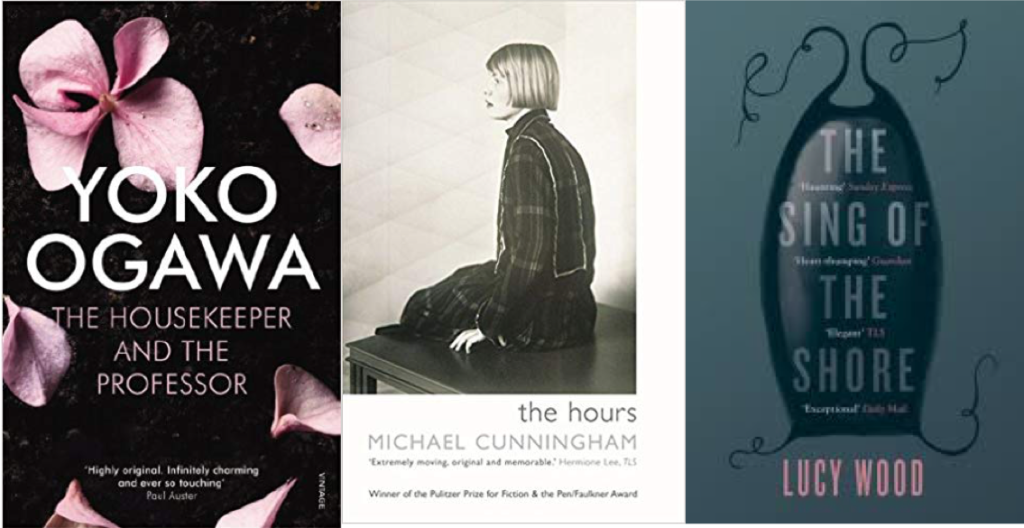 Best in Translation: The Housekeeper and the Professor by Yoko Ogawa, translated by Stephen Snyder. I have a Japanese friend who I’ve recently discovered shares a lot of my taste in books, and she’s become my supplier, I suspect there’ll be quite a few Japanese books this year. This story follows three characters: an elderly professor who suffers from memory loss, his housekeeper, and her young son. It’s very domestic in terms of plot – she cleans and cooks, the professor helps her son with his homework –  but also wholly surprising and odd. The overall arc of the story is straightforward, but nothing that happens within the book is predictable. I thought it was wonderful. Funny, and poignant. I was reminded of the movie An, which I saw a couple of months ago (and is delightful), which also follows three characters of different generations – a teenaged girl, a middle-aged man, and an elderly lady. And The Last Children of Tokyo is the story of an old man and his great-grandson. That’s only three examples, but I’m wondering if Japanese literature is more inclined to feature the elderly in leading roles – I can’t think of many examples in English, except those whose age and infirmity is a driver of the plot.

Best Queer Read: The Hours, by Michael Cunningham. Ok, yes, it took me forever to get around to reading this, people have been recommending it to me for years. And of course it was wonderful. It took me a little while to get into the Mrs Brown part, but I’m sure that was deliberate. She doesn’t seem that important at the beginning, and then you get almost to the end and Wham! This book is inspired by Mrs Dalloway (which I have to re-read now), and follows three separate plot-lines: Virginia Woolf herself, on a day in the 1920s, Mrs Brown, a young mother in 1940s LA, and Clarissa ‘Mrs Dalloway’ Vaughan, who steps out to buy flowers for a party in 1990s New York City. It’s really wonderfully imagined, and touches on so much in such a tiny space – feminism, the AIDS crisis, friendship, love, motherhood, death… Each of the stories could easily be expanded into a whole book. You’ve probably already read it, I’m sure I’m the last person to find it, but if you haven’t, go now!

Best Short: The Sing of the Shore, by Lucy Wood. This book is just out in paperback, and I had been looking forward to it, having seen some good reports and having enjoyed both of Wood’s first two books. In my opinion though, the reports weren’t nearly shouty enough and this book rises far above the earlier ones, I can easily see it staying in my top three for the year. Wood’s first collection of short stories, Diving Belles, was very good, but these stories are stunning, so beautifully written that almost every one left me with my mouth open. There’s more of the supernatural in this collection, and Wood’s ability to create an atmosphere of creepiness with just a few words is astounding. I felt particularly uncomfortable after reading the second story, in which a stay-at-home dad starts hearing voices in the empty house next door, and ‘One Foot in Front of the Other’ was horrifying. The stories are set in a bleak, un-holiday-like Cornwall, the characters are fascinating and occasionally ghoulish, and many of the plots are more real than you’d like them to be. Even if you don’t usually read short stories, please do pick up a copy of this one.

That’s it, let me know your thoughts, and what you’ve read lately that’s good.